Its been a while since I felt passionate about some technology that was beyond a drive in the industry, determined by current need. That need, being fulfilled by a proven and established technology. The MVC’s, SQL’s and C-Sharp’s of the world that, usually, ended up in an implementation with a solid outcome and left some client with a smile.

I read an article by Haseeb Qureshi in the not too distant past that changed my perception of the current fad: blockchain. After some consideration and my own readings I’ve come to a conclusion that herein lies a technology that speaks to the very core of who I am; the core of who we are as human beings really. That is, our intrinsic capability and desire to help others; and in that bring about a directed purpose and nourishment to the “soul”.

Since the beginning of human interaction, we have transacted on the premise that our trust will be respected and acted on accordingly. Trust, that some currency will be exchanged in return for goods or services. We pour money into financial institutions in the trust that they will safe guard the fruits of our hard-earned labour.

If you you’ve heard about blockchain, your ears have also been inundated with the associated keywords: immutability, tamper-proof, and transparency. We’ve heard promises from other technologies of the then-forthcoming benefits that would be delivered to businesses and individuals but, there are some differences this time around.

Inspired by Daniel Gasteiger’s TEDx talk, lets delve into the past a little bit to explain where I’m coming from: Over time, we have experienced human innovations that change the way we exist. They are so remarkable that, most times, we can clearly identify them and also agree, across cultural boundaries, that they are significant. A notable few can be summarised as follows.

In the 1400’s, the printing press saw a change in the distribution of knowledge. This knowledge changed hands from a privilege of the wealthy and entitled to everyone. It was the beginning of the revolution of thought. 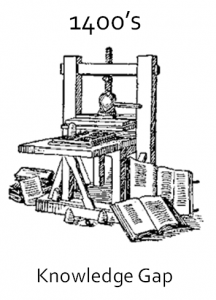 The 1800’s was witness to a shift from manual labour, slave labour and a dependency on man power. The internal combustion engine represented the beginning of innovation in transport, manufacture and the way business was done in general. 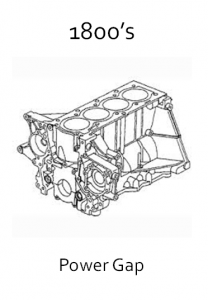 1900’s; Well, The internet changed everything! But importantly, it reduced the distance between each other. It brought us closer together, and among its many benefits it fostered immediate communication and the global village was born. 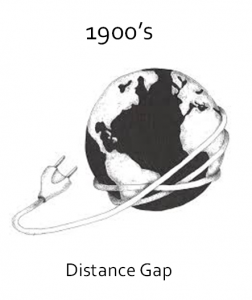 The 2000’s ushered in the remarkable piece of work undertaken by Satoshi Nakamoto which addressed the double spending problem and an implementation of blockchain made its way into the world. The next wave of human evolution begins with a fundamental shift in the way we trust each other - blockchain - and its many implications. Blockchain offers the promise of no longer having to rely on faith (or a legal contract) and a gentleman’s handshake to provide security for our transactions. This technology now provides us the opportunity to empirically prove ownership and trace transactions in a trustworthy manner. 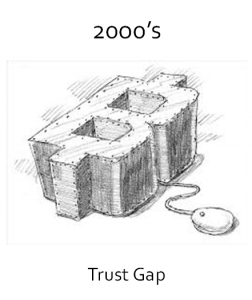 Skip ahead to the end of 2017 (when I’m writing this). Bitcoin is valued at around US$13,000 per coin and every industry is looking to how they can use blockchain to provide efficiencies, lower costs and maximise profits. I’m sitting back and thinking, where’s the human element in all this?! - Sure, business is important. It pays the bills and in a manner drives society. But I’m not seeing the direct ability to make peoples lives better. So this is the beginning of my journey. I want to educate myself on the technology, become a thought leader on the subject and drive change personally and through organisations that help people.

My intention is to publish my journey and learnings and help developers, businesses and laymen see the potential of the technology and buy into the collective desire to help others.